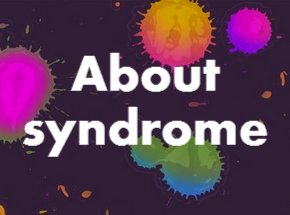 If you are diagnosed with Mayer-Rokitansky-Kuster-Hauser syndrome, probably, the first question which will arise in your mind: why the name of the disease is so long? Such a long name is given after all the doctors who discovered it: Hermann Kuster, G. A. Hauser, August Franz Joseph Karl Mayer, and Carl Freiherr von Rokitansky. Having got MRKH, you and your parents have a number of questions concerning the problem.

Mayer-Rokitansky-Kuster-Hauser syndrome is the diagnosis where the vagina, uterus and cervix develop abnormally. In the majority of cases there is a dimple between the labia. It belongs to class I Mullerian duct anomalies. It is characterized by the absence of the uterus, its neck, upper vagina (vaginal aplasia) and other paramesonephric duct anomalies, though the external genitalia are normal. It is the disorder which strikes the reproductive tract of a female. Other names of the condition are Rokitansky syndrome,Vaginal Agenesis, Absent Vagina, MRKH, Mullerian agenesis, Mullerian aplasia, genital renal ear syndrome (GRES), congenital absence of the uterus and vagina (CAUV).

This diagnosis is the third most common cause of the primary amenorrhea. Two types of Rokitansky syndrome are distinguished. Type I MRKH is described by the insulated proximal absence of 2/3 of the vagina. Type II is characterized by other features, such as urologic, cardiac, vertebral and otologic anomalies. The first case, a typical form (type A) has the congenital (acquired at the period of development and is already noticed at birth) absence of the womb, upper vagina, though the fallopian tubes and ovaries are functioning normally.

The second, atypical form (type B) has the ovarian, fallopian tubes and renal abnormalities. Between 8th and 12th gestational weeks the reproductive system, which includes the uterus, fallopian tubes, cervix and ¾ of the vagina develops from the Mullerian ducts. The vaginal aplasia can range from its complete absence to a blind pouch. The shallower a canal, the likelihood of dyspareunia is higher and the patient will be unable to have sexual intercourse. According to the statistics MRKH is found in 1 in 5000 women. The cause of Rokitansky syndrome is unknown. It is a devastating diagnosis for a young woman which has its psychological, medical, social and reproductive complications. The ovaries and vulva are functioning normally, because they stretch from another place. Women with such a condition produce the required amount of female hormones and have normally developed breasts and female chromosomes.

You can’t tell that a woman has such a diagnosis, just looking at her, because the condition doesn’t have any outer features. Usually, kidneys and the womb are situated very close to each other, that is why kidneys develop in some other location, though still function normally. It was observed that MRKH can affect a spine which leads to scoliosis. Most often the diagnosis is made while being a teenager, when a girl doesn’t have periods. Usually, one should do the ultrasound scan to see that the womb is missed or very little. Also, when a woman notices some difficulties and discomfort while having sexual intercourse – it can be a sign of the short vagina. Currently there are no such treatments which can develop the uterus. But there is some way out which allows making the vagina longer for a woman to have normal sexual intercourse. The procedure with vaginal dilators is conducted, when some plastic shapes are used to stretch the vagina during some period of time. Also, one may lengthen the vagina with the help of surgical operation. But such a decision should be thoroughly discussed with your doctor concerning each individual case. Women with Rokitansky syndrome do not have the uterus (womb) and don’t have the ability to carry a child. But they can have the baby with the help of own eggs, which function normally, and the sperm of their husband. A surrogate mother can carry a child and deliver it to its biological parents. Many other women with such a disease choose adoption. The pathology is considered to develop at the time of embryogenesis with delayed development of paramesonephric ducts at the 7th week after the fertilization period.