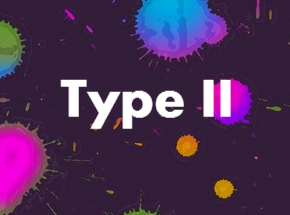 MRKH type II is a case of syndrome which is associated with other physical abnormalities. It is often called Mullerian duct aplasia, MURCS association, Renal dysplasia and cervical somite anomalies. The most concomitant abnormality of type II MRKH is the wrong development of kidneys (renal dysplasia), malformations in the skeleton, in most cases vertebral. Among other defects are hearing difficulties and heart defects. It is found in 24% of women with MRKH. Often, women with type II MRKH syndrome have only one kidney (unilateral renal agenesis) or defects of both (renal dysplasia), a wrong position of the kidneys in the body (renal ectopia).

These abnormalities can lead to kidney stones, high sensitivity to urinary tract infections and anomalous urine accumulation in the kidneys because of its obstruction (hydronephrosis). Also, many women with type II MRKH have problems with the skeleton .These bone malformations may lead to dysplasia which can result in some vertebrae to be missing or fused in the neck. It can make the neck shorter and limit its motions. Besides, women can face with the side spine curvature, scoliosis and increase of the shoulder blade (scapula). In this type of syndrome one may also experience defects with face and head. For example, a girl can have a very small jaw (micrognathia), cleft lip and palate. Also, a number of patients may have an undeveloped one part of the face which can lead to face asymmetry. Other women face with the loss of hearing, because of some abnormalities in the middle ear. There are some rare cases when women with type II Syndrome have other abnormalities such as hands, arms and heart defects. These malformations include the absence of one or several fingers or even toes (ectrodactyly).
MURCS accosiation means (MU)llerian, (R)enal, (C)ervicothoracic (S)omite abnormalities. This disorder affects the reproductive and urinary system. Women with such a condition have an absent or abnormally shaped uterus. In some cases the vagina, fallopian tubes, kidneys are affected. This diagnosis can be present at birth but revealed during the period of puberty, when the periods don’t start.